We have stopped selling Chinese Solar Panels for the moment

We have made a decision to stop selling Chinese Solar panels as we head into the Summer of 2020. We will continue to supply Chinese inverters as we believe that the Chinese inverters have improved, whereas we have been put off with the recent plummeting prices of Chinese manufactured solar panels.

In July 2020 we also replaced our first solar system. The Hannover solar panels were damaged with the rain and water had started to get in all the panels. These panels were installed in 2016. The system lasted just 4 years! The customer had his cheap solar panels replaced with Astronergy solar panels. Let’s hope we get somewhere near the 25 year performance warranty that is promised with these solar panels. Luckily these panels were bought and sourced from a well known Australian distributor. This way they were replaced under warranty very swiftly.

What makes us scared is the fact that since 2016, the panels have gotten thinner and longer. These Hannover solar panels were what you would consider as being on the cheaper side of what you could possibly buy on the market back then. They were probably the first of the panels to adopt the 35mm frames. (back then the standard for a decent solar panel was 40mm) It didn’t take long for the bigger players to jump in on tyhis trend and soon we seen them all start adopting this 35mm frame size as standard. What does this mean? A lighter and more flimsy solar panel. Less durable.

Australians love cheap solar panels, and the Solar manufacturers are unfortunately all trapped in a position where they have to try and make solar panels for the Australian market as cheap as possible. It just gets too hard to make a good solar panel cheap. It has taken some in the Australian solar industry over 10 years now to wise up to this, ourselves included. 4 years is an extremely short time for a solar panel to live. These solar panels were even ‘in bed’ with the Australian Clean Energy Council at that point in time. We should have known better to trust that lot.

We have now made a decision to do a lower volume of solar installation and only sell Premium solar panels. Many customers who want to upgrade their solar systems in Brisbane are now requesting better panels on their newer system.

SolarWatt solar panels, Made in Germany, are a solar panel built to the highest standard. They are the only solar panel with a full 30 year warranty. This warranty is for both Performance and Product.

Perhaps we are just over-reacting from our recent full-system solar panel replacement, but I think it’s probably a good idea to be over cautious rather than relaxed and dealing with the issues later. Sure we are missing out on a lot of quick-easy money by turning away ‘cheap-charlie’s’, but I’m certain to remind myself that the profit and income would only be temporary, as the problem could blow up to be quite the preposterous mistake that is certainly seen and wished to be avoided.

As you can see from above, we certainly have enough reason to be cautious of selling cheap solar panels in 2020 and beyond. If a customer can’t find themselves the extra $2000 (that would deadset mean it would only add an extra 12 months to the ROI of a system by the way) to buy a proper, tried-and-true, well-built solar system, well, we just can’t help them. Remember the old saying, ‘a poor man pays twice’, never has that saying made sense in anything other than the Australian Solar Industry. 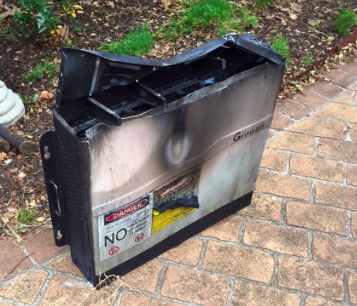