Canadian Solar are a cheap Tier 1 solar panel that has very little to do with Canada, and A LOT to do with China. Very deceptive company name!

Canadian Solar Panels Inc is an established name and a leading solar manufacturer for the last 12 years. With manufacturing plants in both Canada and China, Canadian Solar has a production capacity of around 2.4GW. Canadian Solar boasts of a large Customer base which is spread across 70 countries delivering over 6 GW of solar modules.

Canadian Solar Panels are commonly sold as a ‘Premium Tier 1 solar panel’ , but we can assure you they are not. They are deceptive in their name, just like Australian Solar Panels, German Solar, and Euro Solar – You will learn that a lot of the solar industry is sadly mostly ‘smoke and mirrors’.

Solar panel companies around the Brisbane area are guilty of offering Canadian Solar Panels because they are one of the cheapest ‘Tier 1 solar panels available on the market’ and also the name sounds great, ‘Canadian Solar’ – Canada is a pretty likable country isn’t it?!

If a salesman or solar company are offering you Canadian Solar Panels in the Brisbane region in 2016, RUN! or tell them “thanks, but no thanks!” The reason being you have seen proof and evidence to how bad Canadian Solar panels are made.

Not only are Canadian Solar becoming infamous in 2016 for all their burnt out solar panels that are being replaced, but a few years ago their major problem was ‘Snail Trails’ on solar panels, so much so that they had to issue a very Chinglish looking document on the matter to say that Canadian solar panels’ snail trails commonly found on their panels are nothing more than a ‘cosmetic defect’ – Yeah right Canadian Solar – we know better than that!

Click below to have a read of the document they sent to their international wholesalers to try to justify all their ‘snail trail’ defects.

Canadian solar panels have an unparalleled tolerance ratio and offer excellent features, salient ones are –

–       They are the first manufacturer in their industry to apply the state of art automotive quality management system (ISO: TS16949) in the production of their panels.

–       Partnered with a Netherlands research center to start using a new type of cells on their Solar’s panels which is one of its kinds.  This is expected to increase the efficiency ratings on their panels.

–       These solar panels have passed a mechanical load test of 5400Pa (113 pounds per square foot), which is much higher than the normal load and have demonstrated their ability to tolerate heavy snow loads and more wind pressure than other panels.

–       Gives a high 15.9% efficiency in the amount of electricity that its panel converts from sunlight per surface area which is a very remarkable level as compared to many others

–       Uses monocrystalline panels which can produce a maximum power of 305 watts.

–       The cover materials are made of tempered glass and the frame of anodized aluminum which gives it a great advantage in being able to withstand extreme temperature conditions. They can take on as low as 40 degrees below zero, which is as close to the best standard. And they can also stand up to extreme heat to endure temperatures up to 185 degrees F.

Canadian Solar panels are simply a company profiting off it’s well thought of, ‘company name’ as they are made in China, and are just your average run of the mill Chinese solar panel. Might want to stay away from this lot. We hope you have been educated in the poor performance and build quality of the panels in this Canadian Solar panels review. 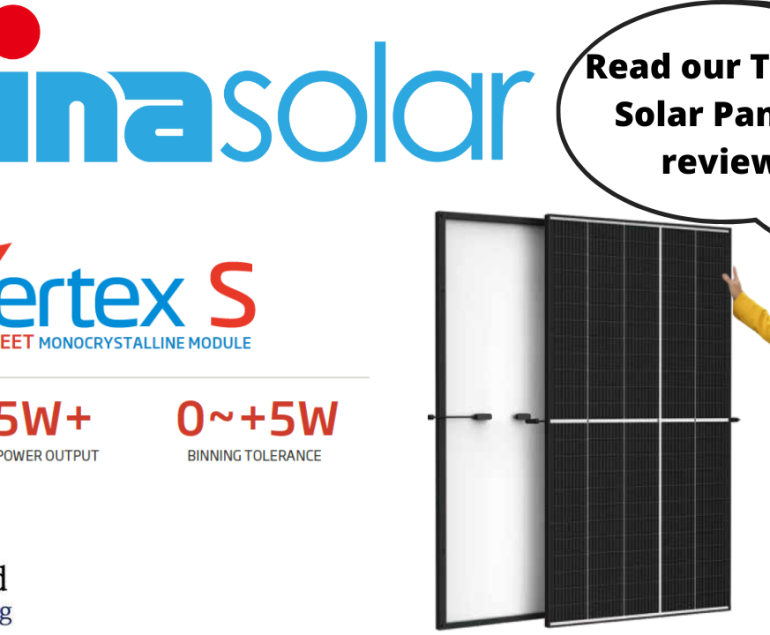