Welcome back to Solar Outsiders! We’re back with the 3rd episode of this podcast. We’re happy to report Solar Outsiders is gaining traction and listeners. You can find us on YouTube, Spotify, and Apple podcasts. In this episode, we’ll discuss Tesla, grid stress, and even feature some encouraging words from Donald Trump Jr. Let’s get into it!

A Word from Donald Trump Jr.

First up, let’s see what Donald Trump Jr. had to say to Solar Outsiders.

“I hear you’re living in covid Australia that can be a total disaster right now but what’s amazing is seeing people say enough is enough, standing up for the draconian laws that seem to be forced on them that aren’t based on science they’re based on absolute nonsense. I’m seeing people finally wake up to the fact that they’ve been lied to and manipulated all in what seems like one big power grab. Australians seem to comply way too easily but it seems like they’re also the ones that have had enough faster than everyone else. Good luck down there! good luck with the podcast! I wish you well!” -Donald Trump Jr.

Last week, Queensland Solar and Lighting installed Australia’s first 10-kilowatt single-phase Growatt. It’s a great product. This is great for any type of roof that can bolt a 13 kW. It also features a smart meter with mobile app compatibility. However, at the moment, you can only see daytime consumption while the system is working. You can’t view consumption at night, you have to wait for the following morning in order to view nighttime consumption. This may change with future models.

Inside the Mind of a Tesla Battery Buyer

“Yeah, I like it. The initial intention was to go off the grid and have 2 batteries but I couldn’t have 2 so I’ve had to stay on the grid. But, I’m a net exporter of power so if I had 2 batteries I could have gone off the grid.”

“It seemed to be the best one at the time.”

“Very few nights do we ever expend the battery. The amount that I take out of the grid is peanuts.” The customer has also been able to avoid several blackouts, scheduled and unscheduled. I must admit the battery’s not economical.

Overall, the customer is very happy with the Tesla battery. The battery doesn’t necessarily save you money. Alan still recommends against it, but it’s something to pay attention to moving forward. We hope to check in with this customer in the future as he would like to install a second battery and is awaiting the delivery of a new Tesla vehicle as well.

Our Chat with Energex

Next, here’s our chat with Energex. We’ve been receiving emails and believe they may have changed something because of the recent boom in solar systems. The following are the results of asking them what’s going on, how the 44-cent feed-in tariffs work, and more.

Have any single-phase 5 kW systems been rejected by Energex?

What happens if an inverter is not export-limited?

Outcomes are on a case-by-case basis. It’s unlikely you could be told solar cannot be installed. The most common response is to reduce export. Customers may be turned down for any export because the converter can’t handle it. This is a very recent occurrence.

With the current standard of 5 kW systems, people may see more and more limits on export. There is major growth in the solar industry. A few years ago, 3 kW systems were the standard. Now it’s 5 kW system. It may be 10 kW systems in the near future.

With higher kW systems comes more potential for export. Customer energy consumption doesn’t double, but the export ability does. It has the potential to make the issue even worse. If you get the balance wrong, it could make transformers go offline.

Is the update from 4.6 kW systems to 5 kW systems good or bad for consumers?

This is good for consumers because they’re getting an extra 0.4 kW. But in terms of the 44 cents, the flat 5 voids the 44-cent rule. The maximum capacity for older systems was rated as 4.6 but if you put in a 5, you can void the 44 cents. If people are caught doing this, they could be taken off the 44-cent offer. According to Energex, it’s a government issue.

How do connect applications work?

Connect applications were theoretically designed as an application requesting permission to make an install. For example, you put in an application for a 10 kW, you put it in and you’re asking, ‘Can I do it?’ Energex will respond with approval (or not) and you can install it.

Some installers put in the application under the assumption they are going to go ahead and install. It can cause some customers to lose their 44-cent feed tariff. It’s possible to have that rolled back, in the event that this occurred under an obligation-free quote. 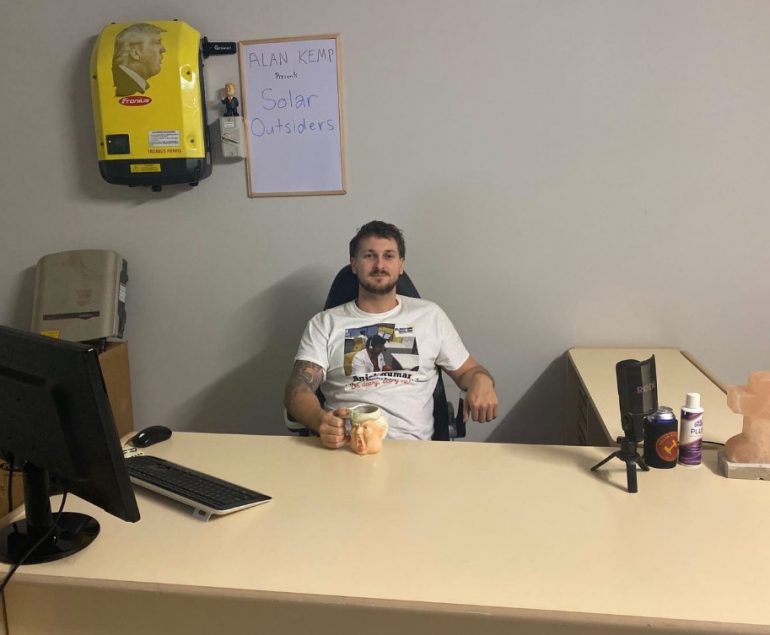