We are now excited to say that we have zero deposit solar panels on offer in Brisbane! With the assistance of Humm and Brighte finance we can now install solar panels on your commercial business or residential house roof without you having to pay a cent!

This is good news because previously home owners could not afford to buy a solar system to off-set their electricity bills. Let alone put down a deposit on their solar system. Home owners can now install a solar system and have it cranking out power before they have even put a $1 towards the cause. This is also good news for big time sceptics on the Gold Coast, who are scared of having yet ‘another solar company’ rip them off. Running off with their hard earned deposit. This can never be the case now, with Brighte’s $0 Zero Deposit Solar power systems can it? No. Because you don’t pay a cent until the system is on your roof and pumping out the kw’s.

Why is it a good idea to buy solar power on Finance?

Because it is positively geared from the very beginning. This meaning the very moment the solar PV system is on your roof generating electricity, it is making more money for you than you had paid for it.

For example, if you paid $4995 for a solar system it is going to take you roughly 3 years for you to get your money back, isn’t it?

But if you bought a solar system using our best inverter for a total of $6995 on finance and made a $0 zero deposit solar panels purchase for it, and you have made 6 payments on $80 fortnight, which is $480 paid in a Quarter to Certegy Finance for financing the solar power system.

You can even buy a commercial solar system on finance – That’s how they all do it!

But if the Solar power system has made you a very conservative figure of $500 in solar power credit, you are $20 ahead, and have made your initial outlay back.

Actually, you are getting free money. By installing a zero deposit solar panels system you are making it cheaper on yourselves by not installing one at all!

can you see this?

The man who pays $4995 cash price up front for a solar system can wait up to 3 years to get his money back doesn’t he?

But the man who finances his system for $6995 on zero deposit solar panels, doesn’t even pay a cent for his solar power system in Brisbane. In Fact, he is making money from the solar power system installed. Compared to if he was still paying his Click Energy Electricity bill. Get a solar system quote today . 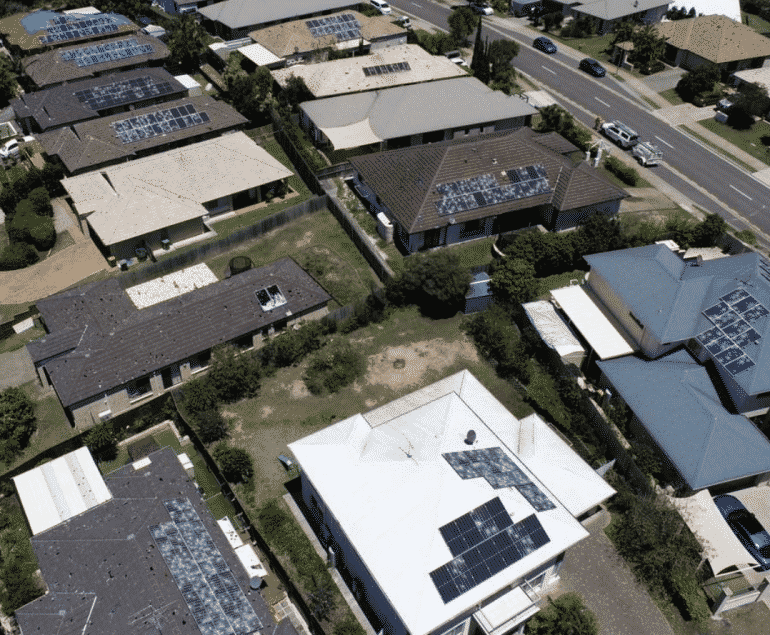 What is the maximum size solar system I can install in Brisbane?