The World Focuses on Solar Power

Due to the fear of depletion of fossil fuels in the world, nations are exploring different ways to source energy that can support them. All eyes are now on renewable energy resources, which include solar power, thermal power, wind energy and the likes. Interestingly, not just the developed or rich nations that are exploring such options, but the developing nations are also following the suit due to many reasons.

Kenya is one such country that is looking forward to energize its cities and villages through harnessing solar energy. Such an important drift was spread through the podcast by BBC through its program Costing the Earth.

It is quite obvious that the world definitely has positive views about renewables. Some of the most agreed ones are reliability, cost-effectiveness, eco-friendly, availability and the timeframe for which these will be available. The increasing usage of these energy sources gains much more importance in developing countries because they add more meanings to the lives of people there.

It is known fact that countries like Kenya use energy sources like kerosene for various purposes. As per Costing the Earth, usage of kerosene supports in environmental pollution. But without any other source of energy, people in countries like Kenya are forced to do this. Not only it is polluting, but it is expensive as well. Usage of kerosene-like energy sources cost them 15 percent of the salaries on an annual level.

The pollution from kerosene is as harmful as smocking two packets of cigarettes a day. One doesn’t need to imagine the health of such people who are subjected to kerosene smokes at households due to poverty. It is estimated that about one hundred million households in Kenya use kerosene lamps to fulfill their energy needs.

How Solar Helps the Country

The introduction of usage of solar power has been slowly and steadily growing. Though not all the households have solar energy systems, people are interested in setting up one. 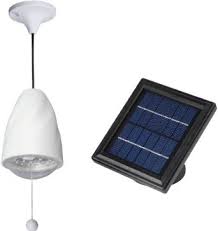 Micro solar lamps and small lights have been introduced in the country that helps them meet some of their energy needs. These lamps are cheap and do not have any harmful effects on the health of those who use them. This has helped the students in a huge way and seems to be advantageous to them because they can now study during the later part of the day!

Since most of the country does not have sufficient energy to light up their streets at night, portable lamps prove to improve safety.

Kenya has many such stories to tell the world about solar energy, its usage and the positive effects. Not only has the benefited from it, but it also sees a bright (and light) future. The introduction of solar energy systems has definitely helps the old and the young alike. Increased safety, better education, availability of more jobs and good air are some of the known advantages.

Inspired by such great examples, more and more developing nations are setting up solar energy systems for different usages. It is also heard that these countries are much ahead in harnessing the renewable energy than rich and industrialized nations.

A LITTLE SUNSHINE IN THE LAND OF TAJ MAHAL