The feud over renewable energy is inciting a furor in Australia

The agitation and dispute surrounding the renewable energy is grabbing awareness. This debate is taking attention away from the vital area of climatic concern and is taking up a more political facet. The government has consistently misled the people about the renewable energy. It has retained its anti-renewable disposition by operating the Clean Energy Finance Corporation to curb funding the meager solar projects. However, this is making the government come across as nothing but inimical towards renewables.

Warburton, who was exclusively pegged by Abbott to head the Renewable Energy Target (RET), thwarts the testimony that shows that Global Warming is being caused by the burning of the fossil fuels. The government of Abbott appears to be hypnotized by the fossil fuel industry. 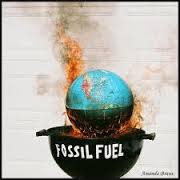 There has been an increase in the energy bills owing to the exceeding investments on poles and wires. Nevertheless, the government has repeatedly put the blame on the clean energy resources. They have deluded the people saying that the renewable energy is the impetus for the hike in the electricity price.

Australian Conservation Foundation along with WWF exhibited that overthrowing the renewable energy target would engender a profit of $10 billion over a time of 15-20 years for the owners of the non-renewable energy plants. Such an aggrandized amount would come from the escalated cost of electricity for the people.

The deterrence of clean energy will also cost the common people of their job. With the advent of the renewable energy there will be an augment in the field of jobs. If the government forges ahead with its belief in the fossil fuels, the sustenance of the masses will come under jeopardy. Furthermore, such a judgment is also likely to effect the economy as a whole.

These falsities about the renewable energy has been spurred by the substantial fossil fuel companies. Their objective being prejudicing the Renewable Energy Target (RET) and casting them off. These weighty entities seem to be under threat from the low cost renewables.

Bill Shorten, the leader of the Labor Party, in opposition to the coalition said that the party targets on establishing more solar panels on roof-tops on homes and small businesses. He also confirmed that they are functioning to evolve the battery technology to such an extent that electricity from these solar panels can be conserved in homes and paltry businesses. Thus, it would be a political self-slaughter if the government annihilates the renewable energy policy. To bring about a climatic transition reverting these attempts is highly significant.

To cater to these adversities, the media, which should be deliberating on the issue of emission reduction, are focusing on the friendly and adverse effect of renewable energy. The existing government emission reduction policy levy a cost on the society.

This improbable issue of renewable energy has grievously arisen preceding the election and the government policies are more confusing than ever. The government is duty-bound to be upfront about the nuances of dealing with the climatic changes. Australia is in need of a far-sighted, prudent and bipartisan emission reduction program, otherwise it is arduous to mark an effective climatic policy from this chaotic angle.

Why is Toowoomba A fantastic City For Solar Power System Installation?

We only sell Premium Solar Panels as we don't want the drama that cheap solar brings - We've been through it, It's not for us!

Because we no longer sell Cheap Chinese solar panels. This winter we spent time replacing cheap solar panels under warranty that we installed in just 2016!