The state and federal governments of Australia have long been considered non-existent to be looked up to for the slightest promotion of solar energy and related environmental prospects. Their vague and shallow policies have created an unconscious mistrust among the common people as well as solar energy enthusiasts.

However the wind seems to have changed its direction since the last few weeks. The Australian solar energy sector has suffered a boom and bust syndrome with an acute lack of consistency by major investors of this sector. A ray of hope has been recently flickered by the ACT government.

The ACT government quite confidently boasts of a far-sighted approach in this direction with seemingly bright futures for the solar energy sector. It is geared up for a solar revolution in the country by revising and revisiting existing policies with a newer level of seriousness and sincerity.

As quoted by attorney General, Simon Corbell, environmental clearance has been duly granted by the state and federal governments. This has paved way for various other directions treading a similar path due to rigorous efforts of the new government. There are quite convincing examples justifying this to a large extent.

As announced by the ACT government, the Spanish company, Fotowatio Renewable Ventures has won a reverse auction last year to build a 20MV solar power unit in the country. It will be successfully installed in the district of Tuggeranong and be named as Royalla. This step certainly highlights environmental concern at the legislative level finally. 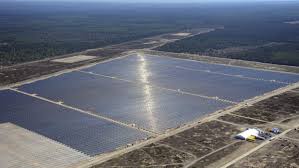 The pro-solar reputation of the ACT government has further been supported by another recent announcement which states that the latest stage of the proposal put forward by the energy company ActewAGL has been considered by the government. The company has proposed to build a large scale solar plant in the south of Canberra.

It has received thumbs up by those federal policy makers who otherwise seem to be comparatively inactive and complacent when the issue of solar energy and other renewable resources is raised in the country. This is beginning to flip their reputation among the commoners.

“Because the detailed studies have already been undertaken by ActewAGL and also the fact that the site has received clearances through the federal government’s environment legislation” reasoned out Mr. Corbell. It definitely sounds a lot more positive than the reactions by the government in near past.

The conventional image of the state government is being fearlessly challenged through efforts of this kind. This soon might bring a revolutionary change in the future of solar power in Australia which once seemed to be uncertain and unpredictable due to the earlier policies. It will also change the outlook of the people towards our policy makers on the environment front.

ACT might turn out to be a potent legislative leader of this solar revolution and its beaming future. It is worth keeping a good watch on. The efforts might not just bring a favourable wind of change in the solar energy sector of Australia but also shake other governments off their deep slumber towards a more sustainable tomorrow.