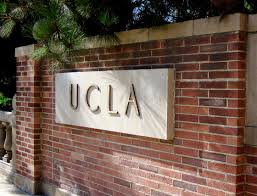 A research team from UCLA have published a paper in Science stating that a new technology would pave way in allowing solar cells to store energy for more than several weeks contrary to the existing few microseconds at a time.   A breakthrough will revolutionize the way we think about solar cells.  The UCLA have based their technology on the mechanism used by the plant kingdom.  They call the plant kingdom as storage geniuses.

Technology based on the mechanism of photosynthesis

A UCLA professor of Chemistry, Sarah Tolbert states that plants use the mechanism of photosynthesis to store energy from the sun, where they store energy by separating them into positive and negative charges, which is one of the most efficient methods of Science.   In the process of photosynthesis, plants when exposed to sunlight utilize organized nanoscale structures present in their cells to quickly separate the charges by efficiently pulling the electrons away from the positive charged molecules hence, facilitating the separation in an efficient manner.

Instead of using current silicon to accomplish the separation of charged particles, the UCLA team are using this mechanism of photosynthesis to develop less expensive plastic solar cells to keep the charged particles separated for several weeks.

According to them, plants have well-organized structures to separate the charges, but the modern plastic solar cells don’t possess such organized structures.  They also add that with this new system in place, the charges can be well separated for a number of weeks and hence making the right structure would largely improve the retention of energy.

Technology based on meatballs

The press release by the UCLA compares the technology with a plate of cooked pasta.  The organic photovoltaics, which are the plastic materials are structured like a plate of pasta with the highly disorganized mass of skinny, long polymer called the “spaghetti” with haphazard fullerene “meatballs.”   This arrangement is not very efficient because there is a possibility of the electrons to hop back to the polymer spaghetti and get lost.  The UCLA technology provides a more structured arrangement of the elements.  They arrange the plate of pasta with appropriately placed meatballs with small bundles of uncooked spaghetti.  They are designed in such a way that a few of fullerene meatballs sit inside the spaghetti bundles and the rest remain outside.  The fullerenes present inside the structures toss the electrons from the polymers to the fullerenes present outside thus keeping the electrons away from the polymers for a number of weeks.

A senior co-author of this study and a UCLA professor of chemistry, Yves Rubin says, it is not far from this technology being commercially feasible.  He also added that a real device with these materials are not available yet, but if put together in a close circuit, these things will happen and they will really get somewhere. So the meatball pasta technology might pave way in revolutionizing solar storage technology.  The bottom line is that the idea behind the whole technology is based on the storage mechanism used by the plant kingdom for millions of years.