Renewable Energy: What do Australians Support?

It’s a well known fact that fossil fuels are depleting pushing the world almost to the verge of an energy crisis. But to face this threat, countries are shifting focus to alternative energy sources like thermal, solar and wind energy sources. While most of the countries are busy charting out the future plans in this regard, Australian Government seems to be lagging behind.

After scanning data pertaining to usage of solar energy in Australia for the past few years, it is quite clear that unlike the Australian Government, Australian people favor harnessing solar energy. Starting with household energy usage, Australians are installing solar water heating systems and solar panels for multiple usages. 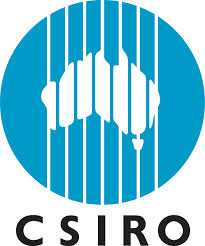 As per the study reports released recently, Australian support the solar energy systems in a big way for domestic usages. This is despite the fact that the Government has taken the subsidies off these alternative energy systems.

The support reflected through the study shows that both solar hot water heaters and photovoltaic systems are preferred by the people for energy generation and usage. For storage, they prefer systems with battery back up. Clearly, people who face the brunt of energy shortage on a daily basis seem to realize the potential in switching to solar energy systems.

Advice from an Environmentalist

Prof. David Suzuki, an eminent environmentalist, had asked why not rooftops of all Australian homes are covered with solar panels. The scenario has changed recently and more and more houses own a rooftop solar energy harnessing system.

An article published in Stock Journal highlights that it wouldn’t take much time for alternative energy to replace depleting fossil fuels. Other alternative energy forms will also be used more. It has been mentioned that by 2040, fossil fuels can be phased out by renewables energy resources. These resources would include solar, thermal and wind energy forms. This was highlighted by Prof. Ken Baldwin, director of ANU’s Energy Change Institute.

The world needs to accelerate the usage of alternative energy and expand the usage to more areas requiring energy and not just limit to domestic usage. The faster this can be achieved, the better equipped will the countries be to face the inevitable energy crisis.

Due to the cost-effectiveness and reliability of renewable energy sources, many counties, including developed and developing, are drawn towards increasing the usage. Not only would this support energy requirement, but it will also indirectly support good education, more employment opportunities and better health. Remote villages and cities in developing nations can have access to all the facilities, which have been limiting the progress till now. With solar energy gaining popularity as a cheaper alternative to fossil fuels, it now requires a boost from governments and investors for more people to access and use this.