Low-cost solar panels most likely to be grey imports

More often than not the product is supplied by such manufacturers, who have cultivated an official alliance with Australian companies and they in turn distribute these panels to the customers. They also render the customers with warranty and specialized guidance for technical issues.

Some recent cases in Australia manifests that customers should abstain from the so called economical and low-priced solar panels. Few inferences below exhibit the contingency of such purchases.

A country like Australia, having high ultra-violet radiation depend upon premium material. The people of Australia are also known to have tenacious tolerance level. They do not condone products that does not confirm the power affirmed on the label. Not to mention, they also despise commodities that are bruised and would make their roof-top look shabby, albeit such commodities might be widely acclaimed in other markets.

The atrocious facts of grey imports 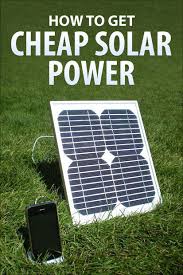 The companies that import solar panels are on a look out for selling their product by hook or by crook. As a deduction they sell out products in volume and at depreciated price to clear out stocks and make fast money. There have been cases where the buyer is apprehensive of the nitty-gritties, but excerpts to do it at any cost. These companies certainly do not wish to be a palatable supplier. But there has also certain buyers who are incognizant of the risk of importing this panel for they are benighted in the field of solar technology.

The denouement of grey imports:

The fairly reasonable pricing of some products look too good to be genuine and that should be a reason of awareness of the product incurring the parallel import issue. The customers might be paying as much as or at times less than the actual price of the genuine panels but are inclined to end up with no warranty of replacement or repair in Australia. In such circumstances there are no other alternatives but to ravage the product.

Therefore, while procuring a product one should make sure if the supplier is a genuine one. Further the inception of the product should also be questioned. The customers should also investigate into the warranty authorization. It is rather injudicious to purchase outside official suppliers.

Up The NSW BLUES