The world has always been in need for an alternative source of energy. The conventional sources of energy are fast depleting and they cause pollution on the downside. The non-conventional energy is gaining attention around the world but they are expensive! Today we’ll talk about a project to solve the world’s energy problems. The idea has arisen in Japan which has proposed to put solar power plant on the moon.

Support for an alternative energy sources has been rapidly growing since 2011 when the tsunami caused mayhem with the Fukushima power plant. The members of Shimizu Corp have planned to put a 400KM wide solar panel belt on the moon to power the earth’s energy requirements. Initially the project would have a width of few kilometres but it could be extended up to 400KM. If everything works according to plan, the panel will generate an impressive 13,000 terawatts of energy per year. This will be transferred to the earth’s receiving stations via laser transmissions or microwaves. 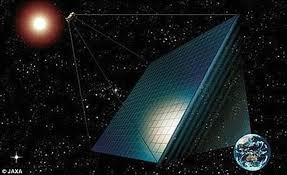 “The change from economical use of efficient resources to limitless use of clean energy is the eventual dream of mankind” said Shimizu while disclosing this plan. “The Luna Ring… transforms this dream into reality through creative ideas united with modern space technologies” he added. Here the ‘modern technology’ refers to robots.  Shimizu plans to employ a small ground force of robots to rework the surface of the moon in installing the panels across the 11,000 km of lunar equator.

Because of the large quantity of solar panels and other raw materials required for the project, the lunar resources would be used to their maximum level. It is proposed that water could be produced close to the equator by treating lunar soil with hydrogen content bought from Earth. Also it has been proposed by the Shimizu Corp that lunar resources could also be used to make concrete and cement stuff. Solar heat treatments could help in glass fibres, bricks and other structural material needed for the development.

Since the moon doesn’t possess any atmosphere and this would mean there’s no bad weather or clouds to interfere with the efficiency of the panel. The Luna ring would savour a non-stop outpouring of solar radiation which it would ingest, convert to current and send the energy to receiving stations located on our planet Earth. This is really an ingenious idea! The proposal declared that the building on the project could begin in 2035.A solar power plant on the moon is similar to crowning solar energy as the world most efficient form of energy and also eliminating the fossil fuel investments.

My speculation is will it work? Indeed moon is the best place to generate an alternative energy source for nurturing the Earth.  But this is all still in the conceptual phase and will need a lot of effort and research to put this in reality. And the challenges will be enormous according to some articles. Although, if the mission is accomplished, Shimizu Corp would have solved the earth’s energy as well as climatic crisis.