Solar power as we know it today, is energy we absorb from the sun to purposefully manipulate it as electricity for our homes, or even to heat up our water. It also has other uses, as agencies such as NASA have used solar energy. It is powerful and renewable, and has an impressive history.

According to the records of the U.S. Department of Energy, the history of the solar panel can be traced back to France, 1839.

1839 — Alexandre Edmond Becquerel discovered the photovoltaic effect. His experiment is more complex than we want to get into here, but in essence determines that electricity can be generated from the sun.

1873 — This year brings the discovery of the photoconductivity of selenium by Willoughby Smith.

1876 — This is a big year as William Grills Adams and Richard Evans Day discover that electricity can be generated from selenium when the latter is exposed to light. There was more to be discovered, but this was a huge discovery even for us today.

1880 — Inventor Samuel P. Langley invents and introduces the bolometer, which is used to measure light from the stars, including the sun. Also, it measures radiant energy, such as the sun’s rays. 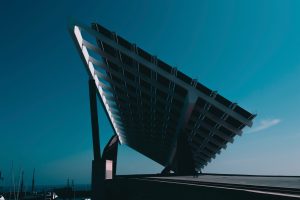 A few other important events occurred in the 1800s, but the 1900s are just as interesting, beginning with Albert Einstein. The records of the U.S. Department of Energy show us that in:

1916 — Proof of the photoelectric effect was had when Robert Millikan provided it during an experiment.

From then to the early 50s, other genius scientists made way for solar energy to have a place in our society today. In the 50s:

1954 — Calvin Fuller, Daryl Chapin, and Gerald Pearson developed the silicon photovoltaic (PV) cell in the United States. This cell was impressive: It was the first cell able to convert the sun’s energy into electricity that was powerful enough to run every day equipment.

From that point on, NASA, the automotive industry and housing industry have been interested in solar energy. The sustainability of our planet has played a big part in this, because solar energy is provided naturally from the biggest source of energy we know: the sun.

Will Solar Panels Ever Go Out of Style?

You never know, but given the history of solar power, we know the solar panel industry is only going to get bigger and bigger. People are becoming more conscious of the planet, especially when it helps their wallet. In many cases, solar power can save money.

The U.S. Department of Energy projects that in the future, buildings will be made according to renewable energy practices. Photovoltaics research will also continue. The way we see it, solar power is here to stay.

Who Can Install Solar Panels?

There are many choices in the market as to what to get and who to get it from. We recommend checking with your neighborhood and local authorities to ensure you’re able to have solar panels installed. When you’re ready, we’re happy to help answer any of your questions and give you free quote for your solar panel needs. We are Queensland Solar & Lighting. Give us a call!