FRANCE, GERMANY AND SWITZERLAND: ALL UNDER THE SAME SUN

The Sun has become one of the most trending sources of renewable energy and there are efforts being taken globally to ensure that this powerful resource is used to the fullest. A lot of progressive thinking countries have started adopting solar energy and technology has made it possible to harness this to power houses, industries, offices, schools and even so much as cars!

The world is taking a leap forward when it comes to getting rid of fossil-fuel and using non exhaustive resources. The problem however, as pointed out by advocates of fossil fuels, is the cost of this modern technology. To beat this and become unique in the renewable energy market, China has developed cheap and cost-effective solar panels that have got it leading way ahead of other countries.

The closest chance that westerners have to getting at power with China is the solar policy initiatives and expertise of Germany. In pursuit of coming shoulder to shoulder with the Chinese panels a super alliance has been formed three major powers of Europe and these are France, Switzerland and Germany.

This partnership is an endeavour to merge the knowledge of reputed institutes of all three nations and collectively achieve the common goal. The idea it seems was first brought forth by French President Mr Francois Hollande. This idea is going to be facilitated by a German energy research centre named Fraunhofer Institute for Solar Energy Systems ISE. This manufacturing giant will be responsible for using the combined power of the three states.

Though mainstream media has side-lined the contribution of the president of France and engulfed him in other personal scandals, he did have a major role to play in this merger considering that the idea originated in his office. The main idea behind this proposal was to counter the oriental influence on the current solar panel market.

Recognized institutes from France and Switzerland will also be incorporated in the project. Cooperation is being seeked from French National Solar Energy Institute and Swiss big gun CSEM. If the plan works as expected it will be able to achieve lower prices by attaining economies of scale. Though the initial production will be incomparable to China with only 1 to 1.5 GW, expectations are that it’ll increase considerable by the year 2020. 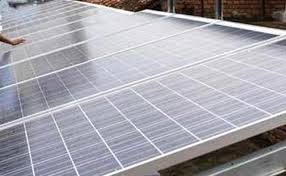 It may be very premature to discuss equality and comparable prices but with an optimistic approach the pilot project is set to be named as X-GW. The aim may be business rivalry and personal interests but the result of this initiative might ensure affordable solar panels globally.

The trinity is in talks of dealing with all aspects such as manufacturing, sales, etc. jointly which will give them a strong advantage in competing with their Chinese counterparts. Once the production reaches a comfortable stage and is able to manage demands, personnel connected to the project are sure that the deal will be profitable to the three countries as well as consumers all over the globe.

The venture at this point seems like an advantageous one. But whether it will reach its ultimate goal of achieving price equilibrium (and snatching away China’s leverage) or not is something only time will tell.