The Solar power sector has been in the limelight recently on account of some heavy investing that has come its way. So far, renewable energy players have been on the back foot in the energy market. As noble as the intentions of renewable power players are, they’ve had very little financial backing in the past. Recent events have revealed the true potential of the solar energy market.

A big gun of the Swiss energy market, popular player ABB Group has acquired solar power equipment manufacturers, Power-One. This acquisition was budgeted to a whopping $1 Billion. It is not every day that the solar power industry cuts a billion dollar deal. Many think of this as an achievement for Power-One as it will soon have the monetary backing to beat its biggest competitor SMA Solar.

The win though can’t be for Aurora singularly. A firm as reputed as ABB would not make investments that it did not deem profitable. The recent news has been full of “peak oil” discussions. Experts have declared that we are now at the peak of oil production. Countries like Saudi Arabia that consider oil as one of their major sources of revenue, have also decided to turn to solar power by launching government sponsored large scale solar power initiatives.

GATEWAY TO THE SUN: 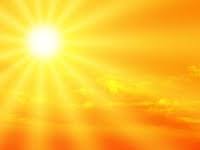 As per the experts, we are moving into decline of oil and other fossil fuel reserves. And even though there might be unexplored areas that could be dug up, the cost is going to be much more than the other forms of harnessing energy will cost. It’s time that the world began to acknowledge the need and scope of renewable energy; solar power to be specific.

Joe Hogan, who was the CEO of the ABB Group when the decision of making the acquisition was made, said that solar grid parity with fossil fuels was a chief factor that led the fabled group to make this purchase. Solar photovoltaic is subtlety transforming the structure of the energy sector.

Power-One has a strong standing in the industry, and is well known for its Aurora inverters. It has created a name for itself as a technology innovator and this particular collaboration of expertise and dosh could very well become the gateway into the world where solar energy would rule all other forms of energy generation.

Considering that the smart minds of the ABB Group have decided to believe in and throw in their lot with the field of solar energy, it is a clear indication of the future to come. A lot of the big guns will follow this lead and invest in renewable energy. There have been significant developments in solar power especially with investments from companies such as Google. This is a sure step forward and an occasion to celebrate for solar power propagators.

Though Google would add brand value to solar power for the people generally, the ABB Group investment is a larger achievement for those well-connected in the industry. This opens the sector up to floodgates of investments and collaboration opportunity. This would mean that the once faded concept of renewable energy will manage now to gain some momentum and reach its full potential.

Up The NSW BLUES